I accidently stumbled upon a website the other day that reminded me how dangerous the Internet can be for web surfers, especially students, searching for legitimate information. A simple search for a weather report landed me in the site of not just a climate change skeptic, but a climate change contrarian/denier.

A skeptic is one who doubts the validity of a scientific theory until proven otherwise – a necessary debate in science. But a contrarian/denier is one who dismisses the scientific validity of a theory despite overwhelming data, research, reports and scientific consensus. The term "denier" when applied to climate change was initially hotly debated by ethnic communities who claimed it was both usurping and denigrating the concept of World War II Jewish holocaust deniers. However, the terms holocaust and denier have legitimate and necessary meaning beyond the horrors of the last world war holocausts. Further, those terms are not owned by or copyrighted to Judaic history.

A holocaust is a sacrifice consumed by fire. It directly applies to fire and nuclear destruction involving extensive loss of life,

When 95% of the practicing, published and peer-reviewed climate change scientists globally agree that a) climate change is a natural cyclical process, and b) we are living in a period of accelerating climate change due to anthropogenic causes, then anyone who disagrees with that consensus is not a skeptic, but a contrarian/denier. The accelerated change is a human caused economic decision, and the predicted collapse of species populations, including human, will result in a holocaust unparalleled in human history. The violence in the Middle East will pale in comparison with the global upheaval caused by the collapse of even one of Earth's ecological systems.

You don't have to be a rocket scientist to predict what will happen when 7 billion people start scrambling for food and shelter on the remaining habitable spaces. The Earth is clearly saying, "You can pay me now, or you can pay me later." Deny this and we all pay. 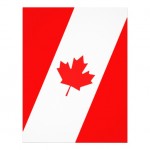