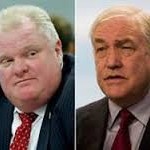 The alleged and paroled felons (APFs) seem to possess an arrogance, sense of entitlement, and lack of awareness that is as colossal as their ignorance and ego, in that order; the awarded broadcaster and journalist (ABJs) possess an enerring sense of truth, justice, and the Canadian way. 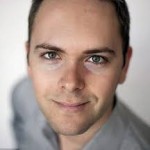 The APFs are rich, one being much richer and, by his own estimation, much smarter than the other; the ABJs are rich in character and constantly seeking knowledge.

The APFs appear to feel that laws do not apply to them, that everyone is picking on them, and that even after they're caught on video, whether smoking crack, or emptying out their office files, they're not guilty; the ABJs aren't buying it.

In a sane world, this assault on intelligence would never have taken place. But if you are rich enough, you can buy your own TV show and display your unique lack of Vision to the world. Sadly, if you don't clean up your pet's defecation, flies feed on it.

I hope that Carol continues to stand up for broadcasting and journalistic honesty, and that Daniel wins his case to protect his good name.  I hope that we have a bully free holiday season, that the good are treated to peace and love, and the wicked get their lumps.

*Note: the paroled convicted felon once had an award, but he was asked to give it back. Canada wasn't buying it either. 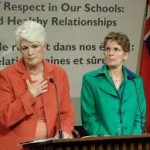 Seriously, the Ontario government lecturing the Toronto District School Board on accountability – let's see, the cost of the gas plant cancellations versus the TDSB overspending … hmmm.

It seems as though all levels of governance need to be more acountable to their taxpaying base. But we do like the hand over heart sincerity…if only.