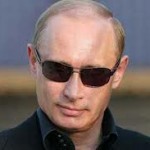 Our local newspaper asked this question in the last editorial before International Womens Day: WHO INSPIRES YOU? This was my response.

This March 8, 2014, I will remember and celebrate two women who changed my life.

The first is Nellie McClung who, as part of the "Famous Five", in 1927 moved that women should be declared "persons" under the law. As a young student, I read about her court case and couldn't believe that men and the "law" could be so stupid as to state that a person, male or female, could be considered "property". She is also famous for coining the phrase that governs my daily behaviour: "Never explain, never retract, never apologize. Just get the thing done and let them howl."

The other is Elizabeth May, probably the sharpest mind in the Federal Government right now, certainly much sharper and a much better role model for women than the photo-op blonde who leans forward to frame Stephen Harper during Question Period every day. Raised by the side of her own mother who was fighting chemical pollution in Nova Scotia, Elizabeth rose as a single mom to lead the Green Party to their first elected seat in Canadian Parliament. The old boy's club still quakes at the thought of her being on a national debate.

The theme of international Women's Day this year is "Inspiring Change: equality for women is progress for all." – I would like to see the work of Ms. McClung and Ms. May change the face of Canadian governance in 2015. And let the old boys howl.

Please do not be so humble. You are not "just an average, hard-working politician" as you claimed Monday night on the Jimmy Kimmel show. You are exceptional in every sense of the word. Your brother is exceptional too in his support and praise of you. Kind of like the families of those rock star wannabes who try out for American Idol. The ones who can't hit a single note on key, but whose families think they have voices like angels and they get all upset when the judges kick them off the show. Last night , your exceptionality was so obvious that Jimmy Kimmel even recommended on International televison that you get  help for it.

It was particularly exceptional this past week when you held a press conference to challenge the Chief of Police of Canada's largest city to arrest you. You couldn't seem to understand that your history of drunk and distracted driving, famiiy violence, association with drug dealers, a video extortion scheme whose players were involved in murder, robbery and assault, and your televised racist and homophobic drunken rants may have attracted the Chief's attention.

For every nickel you may have saved the great City of Toronto, we paid for in shame a thousand time over.

No Rob, you are not average. Time to admit it.