So, the Prime Minister delivers another promise on "Arctic Sopvereignty", one of several unfullfulled promises over the last few years. I would love to see a summary of the promises made, financial amounts promised, and declarations proclaimed over the last several years of the PMs Arctic promo trips.

If you can read with any sense of environmenal literacy, no single Arctic promise has ever been fulfilled, but if you are a fan of media hyperbole, the PM is alive and well in Putin's playground. In a video game, Stephen looks really good. In the Arctic, as they say in Inuktituk, "Tainna angut akiliiniqtuyuq". With our tax money.

Ah, the street creds that come with being on the "Enemies List" of Prime Minister Stephen Harper. Unfortunately, it comes with a price, like relentless CRA audits. So, just in case you were considering Charitable Status, be advised: here are the CRA's rules for being judged as taking part in "political activities":

Definition of a Political Activity: “a political activity is considered to be any activity that tries to change, retain, or oppose a law, decision, or policy of any government”; further, “when a charity puts forward its views publicly on a policy, law, or issue, it can’t connect those views to a particular political party or candidate.” According to Harper's CRA, that is.

So for the majority of Canadians that did not vote for "Our Government TM" who may feel slightly under the iron glove of Orwellian censorship, not to worry. It has been reported that the PMO, designated as a charitable organization ever since Nigel Wright dontated $90,000 to the Mike Duffy fund, that the PMO has lost its charitable status.

Unfortunately, that may also affect the status of several other fundraising organizations in Canada who have been advocating political change against certain elected governments, like Hamas in Gaza. Now, to this point, those organizations have not come under CRA scrutiny. So, if the Blind Bitch Goddess of Justice is applied equally, we should see some major scrambling among "charitable" fundraising organizations in Canada that violate the CRA's rules.  Otherwise, it is all re-election hypocrisy.

As to the PMO, it lost charitable status long ago. 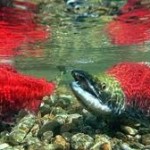