originally written as an editorial comment for Just Sayin’ Caledon 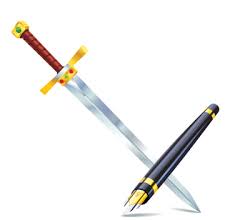 There are very good reasons why the Town of Caledon should be examining their Code of Conduct and Workplace Harassment policies, and questionable behaviour from a couple of politicians is only one of the them.

First, a Code is mandated under the new Modernizing Ontario’s Municipal Act Legislation 2017. Not a discussion item. But what is up for discussion is the wording of the Code of Conduct and its alignment with best practices in dealing with Workplace Harassment.

In fact, Municipalities may combine their policies on Code of Practice to Address Workplace Harassment with the Occupational Health and Safety Act and their Code of Conduct.

According to the Ontario government, by law, “harassment” may include:

Under the Occupational Health and Safety Act (OHSA) an employer may include the following behaviours as examples of workplace harassment:

So, for example, a Councillor challenges the applicability of a report from a recently hired  member of the Town’s Senior Admin Team with the dismissive comment, “You’re new here.” If that member of Town Staff felt demeaned, intimidated, ridiculed, or offended by the Councillor’s statement, that’s workplace harassment.

Now, if that Councillor were a first term, barely elected representative of “the people”, and if the new Town Staff member had years of private and public legislative experience, the “You’re new here” comment could be considered workplace harassment by a narcissistic bully. Particularly if that Councillor had previously been found guilty of violating the norms of appropriate behaviour with colleagues.

Or suppose that volatile politicians, on hearing that a work crew in their ward is being harassed by members of the public, declare that they will take care of it. “Not so fast,” says the Town’s CAO, “Those workers are hired by the Town and it is the Town’s responsibility to deal with the situation.”

“Our boys – we’ll take care of it,” declare the fire, ready, aim politicians!

“No, the safety of the Town’s staff falls under the OHSA. Not your responsibility,” patiently explains the CAO. More proof positive that the adult model only works when you’re dealing with adults.

So, Town of Caledon, become educated in the rationale for pursuing a modernized guide to Conduct, Harassment and Workplace Safety designed to improve the quality of discourse and behaviour in the governance of our Town. This is not an attempt to muzzle the rights of free speech or to eliminate diversity of opinion. Rather it is to ensure respectful behaviour and communication between all members of the Town Staff and Council.

As much as the “Propaganda Machine” of local newspapers, and the alternative truth, libelous postings of blogging politicians and their spouses would try to convince you otherwise, the only people who fear an improved Code of Conduct and Harassment Policy are those incapable of playing nice.