The recent attention devoted the author Michael Wolff’s exposé “Fire and Fury” has sparked a debate on the “truthiness” of his journalism.

However, the book was never intended as a factual news report; Wolff clarifies in his opening that the novel is his perception and synthesis of the interviews and events that took place during his “blue badge” days at the White House. Therefore, readers should be expecting something closer to a lengthy editorial essay, a style of journalism that permits writers to communicate the truth as they interpret it. 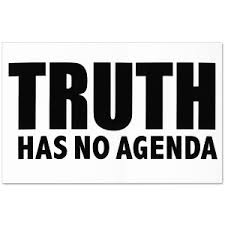 In journalism, there is a great deal of difference between a news report (inform) and an editorial (inform and persuade) and political satire essay (inform, persuade, and entertain). Editorials are essentially short essays meant to influence public opinion, promote critical thinking, and sometimes cause people to take action on an issue. In essence, an editorial is an opinionated news story.

Fire and Fury, is simply a novel-length essay written from Wolff’s personal point of view. It contains learned arguments, observations of daily life in the White House, recollections of events and interviews, and reflections of the author. Some may argue that it is a political manifesto largely spewed from the mouth of a now apologetic Steve Bannon. It is not however, and has never claimed to be, a factual news report.