There is a federal election coming to Canada on September 20, 2021 and the flowering of lawn signs in this campaign has been relatively sparse in the Caledon area. That could be because it is considered one of the safest Conservative ridings in Canada, leading to the local attitude that you could run a dead cow as the Conservative Party of Canada candidate and it would win the Dufferin-Caledon riding.

That being said, there is still a diversity of political thinking in our rurban Town of Caledon, so I walked our local neighbourhood to get an insight into the psyche of the populace. Now, not to stereotype, but the choice of Party says a lot about the values we wish to state publically on our lawns. This is particularly true since Bolton made the international news with full video coverage of the angry mob that disrupted and caused the cancellation of the Prime Minister’s campaign visit to Caledon.

For example, if we place a People’s Party of Canada sign it lets our neighbours know that we are on the extreme alt-right of the spectrum where the leader of that party tends to racism, sexism, intolerance, and we are basically registering a protest vote because the Maxime will get the minimum.

On the other hand, if we display a GREEN party sign on our lawn, we probably tend to care for the environment and have a respect for diversity, but again a protest vote after the party ate itself alive in public. I have seen one of each of those signs in my neighbourhood.

Sadly, nary a single orange NDP sign, which would however indicate that we had a strong sense of social justice and had bought into the myth that the ghost of Jack Layton, who played footsies with Stephen Harper for years, will save the party from anything but a mid-field finish. 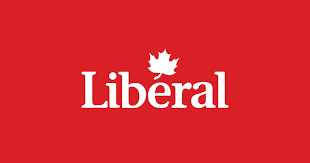 Which brings us to the two parties that will likely battle it out to form another minority government. If you are displaying a Liberal red sign on your lawn, you are content that the current government has brought us safely through the first few waves of this pandemic. We have emerged with a stable recovering economy and strong global health rating. And despite the opposition parties trying their best to manufacture scandals and create crises, it turned out to be all smear smoke and no fire.

Finally, if you are displaying a bluish Conservative Party of Canada sign on your lawn, you probably tend to more right-wing views on things like tax-breaks for the rich, building pipelines for fossil fools, the Right to Choose for vaccinations but not for women, the right to own automatic assault rifles, and a suddenly found respect for drug addicts, all things indigenous, and military veterans. Better late than never. Sorry, my bias is showing here.

After the obscene protests in Bolton on Friday August 27th when it was revealed that members of the local CPC candidate’s team were part of the protest, I drew the line. Despite the candidate’s and party leader’s later statements of “zero tolerance” for such behaviour, all I see now when I spot one of those blue re-elect your Conservative MP signs is a horde of virulent Yellow Vesters, rabid anti-vaxxer Covidiots, and extremist cult Conservative Republicans shouting violent obscenities at our Canadian Prime Minister.

A dead cow is one thing. A rabid rat is a totally different proposition.