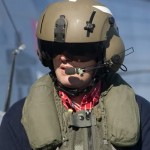 So, the Prime Minister delivers another promise on "Arctic Sopvereignty", one of several unfullfulled promises over the last few years. I would love to see a summary of the promises made, financial amounts promised, and declarations proclaimed over the last several years of the PMs Arctic promo trips.

If you can read with any sense of environmenal literacy, no single Arctic promise has ever been fulfilled, but if you are a fan of media hyperbole, the PM is alive and well in Putin's playground. In a video game, Stephen looks really good. In the Arctic, as they say in Inuktituk, "Tainna angut akiliiniqtuyuq". With our tax money.