The regular Tuesday night Town of Caledon Council meeting was prefaced by an inspiring Community Recognition Night to hand out the Caledon Volunteer and Citizen Achievement Awards for 2018. It was a packed house at the Caledon East Community Complex, eloquently hosted by Carine Strong, herself a model of community volunteerism.

Mayor Allan Thompson summed up the essence of the evening with his opening remarks, “Tonight we honour our neighbours, friends, family, work colleagues and fellow community volunteers who have gone above and beyond. These are people who give and give and then give a little more and who have made Caledon the wonderful community it is.”

Following the positive theme of that event, the 7:00 Town Council meeting proceeded quietly and respectfully. Of particular importance to the citizens of Caledon was the passage at Council of All Day Street Parking (ADSP) in the Bolton downtown business district. 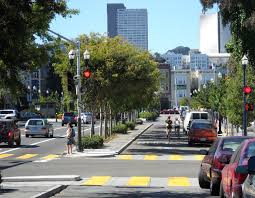 Resident Jerry Gorman made a delegation to Council in support of the move to all day parking and included a handout visual showing the ultimate vision for the core. Council also received a citizen’s petition from business owner and resident Jimmy Pountney in support of the All-day Parking. That petition will become part of the tOwn’s presentation at the Region of Peel.

While this request has still to go to the Region for final approval, Bolton Area Councillor Rob Mezzapelli carefully clarified that positive public consultations and the parking inclusion in the Town of CaledonTransportation Master Plan should lead to a smooth passage at the Region. He also clarified that the all-day parking was an “interim” part of the plan intended to encourage drive through commuters to take the faster by-pass using Coleraine and the Emil Kolb Parkway. This will leave the downtown core a pedestrian and shopper friendly area with local traffic only.

Not only does this interim solution improve air quality by removing morning and evening rush hour idling cars, but it makes the downtown core of Bolton a safer place to work and shop. For those of us who walk and bike around Town, redirecting that commuter traffic has been a long time coming and is much appreciated. An added bonus is that commuters from the North Hill of Bolton won’t have to jockey with all that commuter traffic coming south from Highway #9.

The longer term “ultimate” solutions involve construction of traffic calming islands, landscaping, and a complete repainting of parking areas, through and turning lanes as illustrated in Jerry Gorman’s handout. It will take a while to educate commuters from north of Bolton to use the by-pass, but the majority of Council sees this as a beneficial first step.

Coupled with the good news feeling from the Recognition Awards, it was a positive night for the Town of Caledon. Now that’s environmental literacy!

Just Sayin’ Caledon Editor’s Note: The Regional Councillor for Bolton was not in attendance at the Council meeting April 17, 2018.