Many years ago, when conducting a survey with outdoor educators about the place where they got their first contact with wildlife. I was surprised by the number of respondents that said, “Golf courses.”

I was expecting fishing trips with family, or blueberry picking in the days when you shared the patch with black bears, or canoe trips in the wilderness. But no, it was more often than not in the landscaped setting of a golf course. Cognitive dissonance is good. 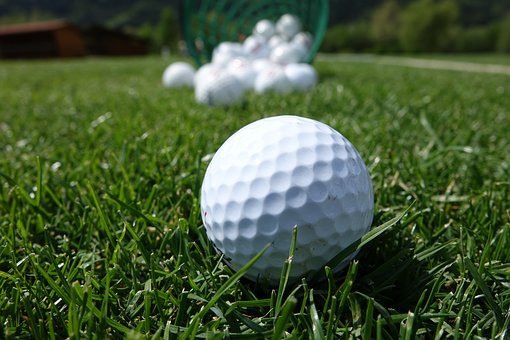 Research into the background of a local politician led me to the history of the Greystones Golf Course and Tudor-style Clubhouse, where I became aware of the philosophy and influence of Doug Carrick in golf course design. Here was a man who believed in designing courses for all levels of players, and that fit in with the natural flow of the landscape where possible. One of those was Greystones, which follows the edge of the Niagara Escarpment near Milton, Ontario.

More familiar to Caledon golfers will be Osprey Valley, another Carrick design.  The Caledon Council Community Golf Tournament returned there on Wednesday, September 5, 2018. More familiar still to truly avid golfers will be one of the most photographed holes in Canada, the sixth hole at Greywolf in Invermere, B.C. known as “The Cliffhanger.” But only the most committed to the joys of chasing little dimpled golf balls through the trees and grass and over sand traps and water hazards will know the story of Scotland’s “The Carrick” … I’ll save that one until the end.

I had the opportunity this summer to sit down with Doug Carrick at his office in Don Mills and discuss his history in golf and his philosophy of course design. That history goes back to the influence of legendary course designers like Robbie Robinson and Stanley Thompson (who between them have overseen the development of over 300 courses). Carrick’s history also includes an early practical introduction to golf as a caddy and a brief amateur competitive period as a club pro before turning his full time attention to golf course design and construction.

The glory days of big project golf courses were at their peak during the early 20’s and for 20 years following WW2. The second wave of new course development was 10 years away when Doug began his career. The hundreds of courses that Robinson and Thompson designed were in the days of the “Roaring Twenties” and the post war affluence of Mad Men business deals. Clubs proliferated and memberships soared until the economic downturns tightened the belt on golf course extravagance.

Still, Doug Carrick had the opportunity to make his mark with some unique and acclaimed courses locally including Osprey Hoot & Toot and Osprey Heathlands, King Valley, Copper Creek, and Bigwin Island on The Lake of Bays. When asked to name the favourites of his designs, Doug turned to a picture on the wall of Predator Ridge. “Well, there’s one,” he smiled. Then he added Humber Valley in Newfoundland, Muskoka Bay, Eagles Nest, Cobble Beach, Legends on the Niagara, and Greywolf in British Colombia.

Not one to rest on his laurels, Carrick Design’s Lebovic Golf Course in Aurora opened this summer, and The Nest just made its debut in Innisfil at Friday Harbour Resort. That project presented Carrick with quite a challenge as local planning changes forced the golf course to relocate to a flat agricultural area. Fortunately, all of the material dredged out to make the Friday Harbour Marina was put on the golf course area and Carrick basically had sculpting material to terraform the agricultural land. 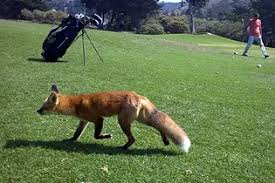 As well, being adjacent to protected conservation lands, the golf course was required to plant over 14,000 trees that paid back the carbon capture potential. This addition of native species of flowers, shrubs and trees on previously monoculture land had a tremendous impact in attracting wildlife to the area as well as beautifying the course.

But the course that fascinated me the most was “The Carrick” in Scotland. How, I wondered does a young Canadian designer get to design a golf course in Loch Lomond and get it named after him? Doug admitted humbly that Carrick or “carraig” in Scottish Gaelic translates to rock – the “The Carrick”.

This one was a challenge for many reasons. Loch Lomond is sacred ground in Scottish tradition and a National Park. Many locals saw golf as a “blight on the landscape”. “a game for the privileged” that would destroy the natural beauty of the Loch Lomond landscape. For that reason, Carrick and team had to drive miles away from the site to look back and ensure that the course design would not impact the sight line of approaching visitors to Loch Lomond. Today The Carrick is an honoured part of the Loch Lomond community. The Kennedy Clan would be proud.

Doug says those big jobs for new courses are far and few between now. The biggest work is in remodelling old courses – sort of like taking that beautiful century home and retrofitting it for another century. Regardless, Carrick’s philosophy remains the same – work with the flow of the land, and design courses that are playable for golfers of every level. When I asked how he intends to pass on the legacy that has travelled from Thompson to Robinson to him, he introduced me to Steve Vanderploeg who has been with him for twenty years.

Doug Carrick looks much too young to pass the torch yet, but mentorship has its rewards. It looks like a long tradition of great golf course design is alive and well at Carrick Designs.

Now, I have to go and practice my chipping – thanks for the inspiration, Doug.

p.s. Just as I was finishing this article, a good friend sent me a picture of a stag that had stopped to watch the golf game on Bigwin Island last weekend. “Played my favorite Doug Carrick course (Bigwin Island) last week. Attached is a picture of one of the best parts of the day.  We had seen several doe and their babies but it wasn’t until the back 9 that we saw this stag.  He literally just walked up to our tee block. A couple of holes later we also saw 2 young bucks as well. This is one of the reasons that makes golf at Bigwin so great.”

Skid Crease is a member of the Canadian Association of Journalists, an author, an internationally renowned speaker, and a lifelong educator currently living in Caledon.