(originally written for the Caledon Citizen and Just Sayin’ Caledon) 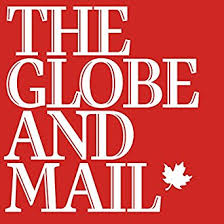 In May of 2018, the Globe & Mail published a two-part investigative report into corruption and intimidation between private money influence and public policy. The Globes’ investigative team looked at school and hospital contracts that led from an unregistered lobbyist straight to Queen’s Park. And then they looked at the Town of Caledon, intimidation of an elected official, vandalism of her home, and an assault on her family that linked to development interests and organized crime.

That caught my attention. How could a documented assault on the husband of an elected Mayor by an enforcer for organized crime go silent? How could a trumped up tax fraud case against a democratically elected Mayor go silent? One would think that this blatant intimidation of our democratically elected officials would be pursued to the fullest extent by local and national media. But no.

Yes, it is a fact that Vladimir Vranic, an organized crime enforcer, was charged by the OPP and found guilty of threatening Mayor Marolyn Morrison’s husband Yes, Jeffrey Granger, ex-CRA employee and ex-consultant for a local developer, was charged by the OPP and found guilty and sentenced to three years for his involvement in a scheme to help wealthy developers evade taxes and frame Caledon’s Mayor for taking kickbacks. The developer denied any connection with the two cases. The two men who assaulted and beat up John Morrison during this period of intimidation were never caught. There were two brief articles about these incidents in the local press, and then the story disappeared.

Almost the greater crime here is the total failure of local and national media to follow up on these stories. How is it possible that a democratically elected official has her home vandalized, her husband beaten up and threatened, and her reputation smeared with false tax fraud charges and there is no follow-up? Why was there no deep investigative journalistic digging into this obvious intimidation of an elected official over a land development dispute?

The development interests that existed then exist today, but now they have moved into the murky realm of an OMB hearing. The current Mayor of Caledon, Allan Thompson, who is now defending the Town against litigious development interests, has also had his home vandalized, and has also had false charges brought to bear against him. As with Mayor Morrison, he was found not guilty of any wrongdoing and his accuser was charged with the court costs.

They say that the keystone of environmental literacy is the ability to read patterns. The pattern here is very clear, and if the citizens of Caledon aren’t given sufficient and deep factual reporting on these issues, the pattern will evolve into a future where our political processes and policies are not controlled by a well-informed community, but by the elected pawns of private power.