Once a month I meet my friend Bob Parkins at the Naked Café for an elder’s chat about the local news and views. Our last meeting was a melding of minds over the results of the 2018 municipal election, the joys of backyard hens, and our upcoming Remembrance Day. 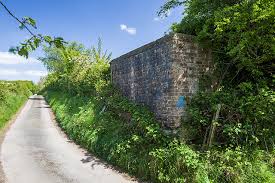 Bob began to reminisce about growing up in England during the bombings of the Second World War, about raising chickens and growing their own food for basic rations. Besides food shortages, rural Wirral Cheshire, where he lived, was also not immune from the bombs that plagued London during the blitz, as the bombers would drop their loads anywhere to save fuel for the trip back to Germany.

I told him the story of my Dad, an RCAF Hurricane fighter pilot who got shot down over France in 1941 and spent the next three and a half years in prison camps. The first night of captivity, however was spent in a Chateau in Lilliers, France being honoured in the company of young Luftwaffe pilots who wanted to know all about Canada, and hockey, and canoe trips in the wilderness. He often told me this story, reflecting that if they had met under other circumstances, they would have just been friends.

Then Bob shared this story with me, and I will leave it in his own words. It is the story of Alfred Utsch, a German POW being held in England during the Christmas of 1946…

“Alfred Utsch served in the Luftwaffe as a ground crew technician. He was Initially captured by the Americans and interned in a POW camp in Mississippi. He was transferred to the UK after the war ended to await repatriation back to Germany.  In 1946 he was one of a large group of POWs based in an old Royal Air Force training camp about 5 miles from where my family was living in Wirral Cheshire (north west England, west of Liverpool)

The prisoners in the camp were trusted and reliable and were allowed to leave the camp during daylight hours but had to be back by nightfall as there was a curfew in effect.  It was about this time of year when the authorities at the camp contacted the local churches to ask if any families would be willing to invite one of the prisoners into their home for Christmas Day.  My mother after some thought, volunteered to act as a host.

Our relatives thought she was crazy but my Dad thought it was a nice thing to do and I was 11 years old at the time and couldn’t wait to meet whoever it might be. Alfred was dropped off by car at around 11 am Christmas morning and we were told he would be picked up by 5 pm.

Right from the start we all liked Alfred.  I thought he was in his 40s but on reflection now I think he was probably in his early 30s.  he spoke very good English and told us that back home he was a plumber (He pronounced it plumBer).  Before long it was as if he a was a friend who had just turned up after a long absence.  He played our piano and could sing very well.

The high point was his rendition of Silent Night in German and English.   Having Christmas Dinner with our family was very emotional for him and he looked forward to being back home the following year with his wife and young son.  They lived near Cologne and fortunately had survived the war.

After Alfred went back to the camp that afternoon, we all agreed what a wonderful experience it had been and although he was a German and had been the “Enemy” he was really just like us.  Just wanting to get on with his life.

In the months following in 1947 up to the time he was repatriated, Alfred visited us many times.  He did some plumbing work for my Dad but he was also handy with a paint brush and helping in the garden.  My Dad even loaned him a bicycle so he could get back and forth from the Camp to our home. My uncle had a car and we would include Alfred on trips into North Wales for a picnic.  We really missed him when the time came for him to go home.

Later, after he had arrived home, his wife sent us a beautiful letter thanking us for the kindness we had shown Alfred.”

Peace on Earth to beings of good will. The way I see it.

2 thoughts on “Lest We Forget”