Imagine you are at the 1972 Canada Russia Summit Series. The game is tied as the final seconds tick away. Suddenly, Paul Henderson breaks away from Team Canada and deliberately scores a goal for the Russians.

No, that didn’t happen to Canada in 1972. But it did happen to Caledon in 2020. If you are playing on Team Caledon and you deliberately give the puck away so that Team  Brampton-Mississauga can score, maybe you shouldn’t be on the team, let alone wanting to become the team captain. 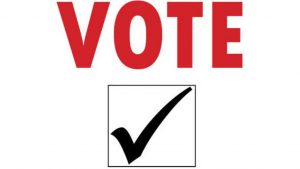 Given all of the development issues facing Caledon over the next four years it is critical that whoever is elected to Town Council must fully support our commitment to a made in Caledon smart growth plan not dictated by Brampton and Mississauga development interests. Whoever we elect on October 24th, we must ensure we have selected the best team possible.

But how to choose? There is a large slate of new candidates running for various positions of responsibility on our Town Council, with only a few returning councillors in the mix. Add to this the creation of a new Ward 6 on the north side of Bolton, and the reduction to only two Regional Councillors and you have a recipe for confusion. What Ward do I live in and for whom will I vote?

Finding your Ward is the easy part. The only major change is in the Bolton area where Ward 5 has been split into Wards 5 and 6. Basically Ward 5 is Bolton south of King and Ward 6 goes from King to Castlederg. Our reduced Regional representation now consists of one Councillor who will be elected to cover Wards 1,2,3 and one Councillor for Wards 4,5, 6.  Basically, an east -west split for Caledon.

Selecting a candidate is the tricky part. With only five returning previous members running in this election, there are a lot of unknown players in the game. When you have no previous record of past performance in Town Council  to research, it makes the selection of new candidates more difficult. It really comes down to what are the qualities we expect from our elected representatives? How about honesty, integrity, literacy, diligence and the ability to work collaboratively as a team to achieve consensus.

During the election campaign did they play fair and follow the rules for all candidates, or did they cheat? In their print or online materials, did they provide misinformation on issues, or manipulate data to their advantage? Here’s a simple one given to me by a neighbour: “If a political candidate can’t read the by-laws of the Town, or deliberately violates them, they shouldn’t be running for public office.” For example, the Town’s Fence by-law makes it clear that election signs cannot be mounted on fences for display, so violations are easy to spot. Pretty simple. If you lie, or you cheat, or you deliberately mislead, you might not be the best person to trust with our taxpayer dollars.

With new candidates we have to go with their newspaper articles,or their flyers, or the style of their election signs. Better still is the impression they make on us when they go door to door. Do they convey genuine energy and enthusiasm for the new role they are seeking? Do they listen earnestly to our concerns about local and regional issues? Most importantly, do they respond to our questions without putting any spin on their answers?

We often just go with our gut when it comes down to marking the ballot for a new candidate. Hopefully when we check the box, it will not have been determined by the quantity of election signs or fancy folders, but by the depth of character they conveyed to us in their communication.

With returning candidates, it is easier to choose. We have their records to examine, for some as few as four years, while others have many terms of service. Does their record show that they have participated diligently in our Town Council meetings? Have they been in attendance when their constituents made delegations? Have they worked cooperatively on their Committees? Have they ever been found in violation of their Code of Conduct and been charged by the Integrity Commissioner? Have they ever betrayed the trust of their colleagues? Have they conducted their Town business efficiently and economically? Have they been good team players?

The next four years will require a team and a team captain who knows how to score that winning goal for Caledon. On October 24th, the puck stops here. The way I see it.