For a moment yesterday, I thought Power and Politics was doing a comedy format. Pierre Poilievre, Conservative MP from Nepean-Carleton, had just declared on the esteemed CBC newshow, that “The root cause of terrorism is terrorists.” I didn’t know what was funnier, Poilievre’s failure to understand how ridiculous he sounded, or host Evan Solomon’s incredulous reaction. But when Solomon asked the hapless MP to repeat his comment, Poilievre did so, not once, but twice more for emphasis. It was then I realized he was absolutely ernest, and Canada was in serious trouble.

It came across as such a clear Conservative talking point that I had to research its origins. Sure enough, I found it in the depths of a Sun Media editorial penned on Saturday, April 20 in the Ottawa Sun by reporter John Robson. Robson had concluded his anti-Trudeau diatribe that day with the words: “So yes, the ‘root causes’ of terrorism are important. Namely terrorists and the ideas they choose to adopt.” 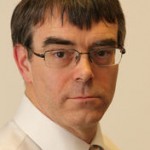 I e-mailed Mr. Robson the next morning to ask if he was offended or relieved that Poilievre hadn’t quoted him. To which he responded, “I’m neither. Because yes, it really is true and I’m glad he said it regardless of what inspired him to.”  That response, beyond the offense of ending a sentence with a preposition, led me to conclude that the root cause of stupidity is stupid people.

My young son, a grade eight public school student, had seen the original broadcast, my reaction to it, and the Sun reporter’s response. I asked him what he thought. “Terrorists are the instruments of terror, not the root causes of terrorism. Those are two different things – even a kid knows that.”

Catching a terrorist is like splurging with your first paycheck; eliminating the root causes of terrorism is like saving fifty years for your safe retirement. The later requires the kind of long range thinking that neither Sun reporters or Conservative Reform Alliance Party MPs have yet to demonstrate.