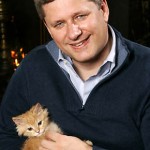 They say that timing is everything, which makes me seriously question the timing of the RCMP announcement on Monday, April 22/13, that they had arrested two suspects in a plot to derail a VIA train in Canada. To raise the fear meter even higher, it was indicated that these two suspects supposedly had al-Qaeda and Iranian connections. Backtrack to the horrifying scenes from Boston last Monday and the media frenzy that swept the new leader of the Liberal Party of Canada from the front pages and replaced hopeful smiles with tears of horror.

While the world was transfixed with the search for the Boston bombers, Forum Research quietly released a poll showing that the Liberals under Trudeau would win a crushing majority if an election were held now. The new Liberal leader went for the Conservatives' weak spot by calling for a debate on the speaking rights of back-benchers. That would not be good news given the recent revolt in the Conservative rearguard, so taking advantage of a terror alert on high, the Conservatives did what they do best – they changed the channel.

Now, the train plot in Canada had been under investigation for quite some time, with Canadian law enforcement waiting for American intelligence to get all the data they needed before the RCMP moved in for an arrest. Was it just a fortunate coincidence that, as the Conservatives cancel the backbencher speaking debate to replace it with a debate on the Combatting Terrorism Bill, the mounties announce a terror plot in Canada? I think not. I would bet a litre of pure Canadian Maple Syrup that the phone lines were humming late last week between the PMO and RCMP headquarters to get on with the arrest, and, let's see, make the announcement on Monday, April 22. After all, to paraphrase Vic Toews, "You're either with us, or you're with the terrorists."

This gives the PM time show Canadians that he is Tough on Terror, and to hold a disciplinary caucus meeting with his MPs before the backbench debate can resume on Wednesday.

After all, it's much better to be seen as "tough on terror" than to be seen terrorizing your own backbenchers.