Both Rob Ford and Climate Change Deniers go to the same rehab clinic. It doesn't exist.

My mother worked with addicts for thirty years and saved many lives, but every one she saved came to an open and honest acknowledgement of their problem. Addicted to drugs, or addicted to oil, gas, coal and overconsumption – it's all the same syndrome. "I'm OK", "We're all OK" and "It's all good for the economy." If you can't kick the addiction, you lie to justify your addiction. And so do your enablers. 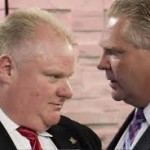 Rob Ford is NOT in any rehab clinic of repute. His cell phone would have been taken away and he wouldn't be contacting a variety of colleagues telling them how good his boot camp is and how he is getting better already, or collecting his dry cleaning in cottage country. It takes 30 days minimum to detox, and a clean year for your blood and liver tests to show you worked the program. So, I would say that Rob, Doug and Georgio are full of El-Toro Pooh Pooh. 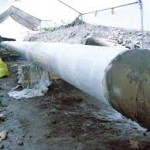 Similarly, Kinder-Morgan and it's announcement that pipeline spills and the subsequent clean-up employment opportunities are good for the economy, and reason enough to bypass full environmental audits rate the same evaluation.  Stephen Harper, the late Jim Flaherty, and the majority of the Conservative Reform Alliance Party of Canada were similarly afflicted, as signalled in the last Omnibus Budget Bill. Addiction does that to you – clouds the brain as to the impact of your behaviour and decisions on present and future generations.

Please, Etobicoke and Canada, get our collective heads out of the tar sands and give them a shake. All of these deniers deserve to be kicked to the curb.

And we deserve a clean government and environment.