Just who exactly is or was Your Voice for Bolton? 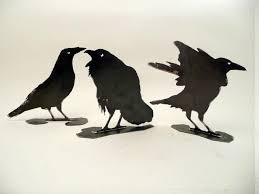 This supposed citizen’s group, apparently representing a handful of residents and business owners in Bolton has been claiming to be the “Voice” for Bolton over the past several years. But who exactly are they? In response to their antagonistic stance towards the Town of Caledon on many issues, other citizens have declared that this organization is certainly NOT their voice for Bolton or Caledon.

Over the past ten years, it appears that only one development corporation, one local politician and one local lobby group have opposed the new Canadian Tire Facility and Bolton Residential Expansion Study (BRES) Option 3. That’s not a voice for Bolton that sounds entirely inclusive, respectful or representative. The decision to go ahead with the Canadian Tire Facility in Bolton was approved by both the Town and the Province of Ontario. It seems like all of this “Voice” has more to do with litigious land development speculation interests around BRES Option 6 in the south of Bolton for the benefit of a few rather than the long-term economic and environmental benefits for the whole of Bolton and Caledon’s citizens.

As far as Your Voice for Bolton (YVFB) is concerned, there are only occasional pronouncements now from Kim Seipt, the Treasurer of the “incorporated grass roots community group”. However, their raison d’etre has come and gone with the building of the new Canadian Tire Facility, and so apparently has much of their membership.  At the BRES Pre Hearing Conference this past September, Ms. Seipt assured the Ontario Municipal Board (OMB) that “Your Voice for Bolton” was still an incorporated entity.

However, calls to Service Canada and Service Ontario on March 9, 2018, revealed that the Your Voice for Bolton Incorporation status, #001893501, is also gone, dissolved on December 4, 2015 by the Service Ontario Companies Branch due to lack of communication.  Possibly unaware of that fact, the group was still identifying itself as “incorporated” in official documents on September 25, 2017. As of the time of this publication, the “incorporated entity” had yet to be revived, and current membership numbers, if any, yet to be confirmed.

Originally formed to lobby against the new Canadian Tire Distribution Centre, the “group” has now turned its attention to lobbying against the Town of Caledon regarding employment land designations in Bolton. Specifically, the BRES Option choices that are now the subject of the OMB Case No.: PL170058.

In this case, YVFB spokesperson Kim Seipt is a participant at the OMB pre-hearings, supporting the Region of Peel decision against the Town of Caledon.  The group, which numbered roughly 250 at the peak of their Canadian Tire protests, claims to be made up of “concerned residents of Bolton, residing and/or operating businesses in the community.” However, the Canadian Tire Facility has been up and operating at full capacity for some time now and nary a whisper from those “concerned citizens” about the horrors that YVFB predicted.

In fact, the only time any controversy emerged lately was over misleading information discussed at a meeting held by Regional Councillor Annette Groves that the Canadian Tire Facility was running a Town financed shuttle bus service to bring workers in from Brampton. That turned out to be as false as the “hydrogen bomb” scare first reported in 2014 by Toronto Star urban affairs reporter San Grewal (Grewal is no longer employed by the Star).

Canadian Tire reintroduced the hydrogen fuel cell project in 2016 and again Grewal stoked fears about “hazardous” hydrogen, reporting that residents were “angry” and “shocked’ to learn the plan had been approved. He reported that “Kim Seipt, the spokesperson for the group Your Voice for Bolton, where the facility is located, said her members are ‘incredibly disappointed’ that the hydrogen plan might get pushed through without a public approval process” for “a potentially dangerous facility like this.”

Keep in mind, YVFB was already unincorporated at this time, and no public consultation process was needed to approve the future use of very safe  hydrogen fuel at the Canadian Tire Distribution Centre. This remains a perfect example of how to use sloppy, misinformed and incendiary “news” reporting to manufacture a crisis.

Regional Councillor Groves was also quoted in Grewal’s 2016 article as saying, “I am disappointed with the way the town (of Caledon) is handling this again.” She must have been very disappointed because she was also the only Caledon Regional Councillor to vote against the Town of Caledon at the Region of Peel. The 2016 BRES vote led to the current OMB case pitting Caledon against the Region of Peel. Groves chose to support YVFB and Option 6 over the Town of Caledon’s choice of Option 3.

It seems that a few people do not like the Canadian Tire Facility or the Town’s idea of employment lands anywhere close to some of the BRES lands in south Bolton, particularly anything that might interfere with residential development in Option 6 near Mayfield and Coleraine. If you are involved in land development, real estate and home design you want as much residential development as you can get. Employment lands just don’t pull in the big bucks that come with rows of ticky-tacky little houses. However, the Town of Caledon is about much more than one development project.

The trained and talented engineers and urban planning professionals from the Town of Caledon staff spent ten years deciding that the Option 3 land further north was the best bet for the Town. They looked long term with real fiduciary responsibility to the benefits of building infrastructure linking the south to the higher land north using today’s dollars. Start with Option 3 and then plug in to the already built sewer and water and energy infrastructure as we move south from Castlederg and Gore Road to Mayfield Road and Coleraine.

That would put Option 6 last on the development list, and that would make certain vested interests very frustrated. And that frustration needs a voice. On the other hand, the majority of citizens who think our Town planners did a fine job over the last ten years in carefully choosing Option 3 believe it is better that the BRES be done wisely and well for the good of us all, rather than rush into a decision that benefits only a few.

Now, I was wrong about Trump and Ford (never thought they’d get elected to positions of “leadership”), so I may have missed something here. But there is a history and a pattern that connects land development to profit, power, privilege and politics. And not necessarily for the good of “the people”.

p.s. The new Canadian Tire Facility in Bolton will be holding an Open House this spring … for all of our citizens.

Note: Requests to Kim Seipt and Your Voice for Bolton for an updated membership list and executives list had not been answered by the time of publication.