At the last Region of Peel meeting, councillor Carolyn Parrish was sanctioned for having texted racially charged insults to a colleague about the Peel Deputy Chief of Police. 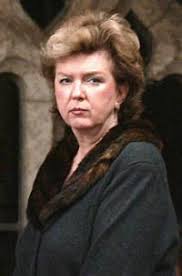 Now, in her latest performance, having demeaned the Peel Region Deputy Chief of Police for having her position only because of being female and black, Parrish was found in violation of the Peel Region Code of Conduct, She was suspended for five days without pay, a punishment that made Peel police association president Adrian Woolley furious.

What made him more furious was that Peel Region councillors got to vote on the suspension and it barely passed. The final count was 12 to punish, 11 not to punish.

Now, what may be of special interest to Caledon readers is that councillor Barb Shaughnessy and councillor Annette Groves voted NOT to punish Parrish for her racist remarks using the excuse that they were made in a private text message. Gee, and only a few weeks ago these same two councillors were trying to pillory a Caledon journalist for calling out a local group of Town Council haters as “biatches” in a private blog. At that time they were claiming misogyny and hate speech. And now we find them defending gender biased and racist comments. Oh my.

I feel an Alanis Morissette song coming on … “Isn’t it ironic, don’t you think…” Yeah, a little too ironic.