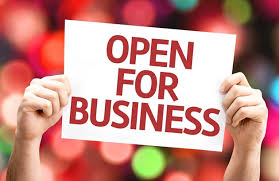 Once upon a time, Ontario had a Greenbelt Act, and a Clean Water Act,  and a Planning Act, and a Lake Simcoe Protection Act.

Then the good citizens of Ontario, tired of the governments that had protected all this, voted in a new government. The Premier, who promised in his campaign to protect our Greenbelt, then declared: “Ontario is OPEN FOR BUSINESS!”

In a pointed Tweet recently, the comparison was made that, “Bill 66 is to wealthy developers in the Greenbelt like horse tranquilizer was for Bill Cosby.” In a gentler form, we are reminded of Aldo Leopold’s Sand County Almanac, where he wrote: “There is yet no ethic dealing with man’s relation to the land and to the animals and plants which grow upon it. Land, like the Odysseus’ slave girls, is still property. The land relation is still strictly economic, entailing privileges but not obligations.”

Leopold wrote this in 1949 and The Sand County Almanac remains to this day a cornerstone of environmental studies and a poignant reminder of what it takes to truly become a conserver society. We have a white colonial masters’ attitude to the land, and the rape and pillage we have inflicted over five centuries in North America has not abated. We have yet to realize that we and the environment are one.

In an attempt at reconciliation, these days our municipal Councils give lip service thanks to the First Peoples whose lands we stole, breaking every treaty that we signed along the way west. Upon those lands this year in the Golden Horseshoe of Ontario, our elected officials will sit in Town Halls debating the pros and cons of Bill 66. The year is 2019. There should be NO DEBATE. You either fully protect the rights of the land and its beings with seven generation decisions, or you don’t.

In a recent interview Tim Gray, Executive Director of Environmental Defence, stated, “The Ontario government is lying to its constituents about protecting the Greenbelt when Bill 66 clearly gives a secret process allowing municipalities to negotiate deals with developers without hope of appeal.”

You either fully protect the Greenbelt, the Oak Ridges Moraine, the Niagara Escarpment Biosphere, and all watersheds originating therein or you don’t.

Recognize our history. When the colonial victors opened Upper Canada to immigration after the War of 1812, it took less than forty years for European settlers to deforest 80% of southern and eastern Ontario. 10.000 years of Great-Lakes St. Lawrence forest enriched  topsoil were depleted and eroded. The Great Lakes, the world’s largest source of fresh water, the gift of our last Ice Age, were polluted in less than 200 years because of deforestation, agricultural run-off and industrial waste.

We should learn from our history and try not to make the same mistakes. But we don’t, and the cost is always paid by the survivors. Our sacred protected spaces are not open for business.

Ronald Wright concluded in his brilliant A Short History of Progress, “If civilization is to survive, it must live on the interest, not the capital, of nature….Each time history repeats itself, the price goes up.”

The Way I see it,

1 thought on “Bill 66 ahead, approach with Caution!”