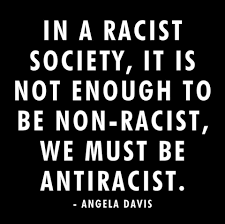 This is a story about a childhood friend and an adult colleague.

I am a white male, grew up in a predominantly white culture, went to a white Catholic church, and was educated in a white colonial industrial revolution curriculum. I think I know a little about the unconscious baggage of white privilege. And I am learning more every year.

Fortunately, to lighten the unbearable heaviness of all that white baggage, I was raised by two intelligent and respectful parents who believed in and practiced social justice. My Dad’s motto: “Walk a mile in another person’s shoes.” My Mom’s: “People are what they say and do, not how they glitter.”

I had one other advantage: my Dad loved to play the piano and our neighbour across the street was none other than musician Cy McLean. We couldn’t afford a piano, but Cy had one and other instruments and he and Dad would get together and jam. I found out years later that Mr. Mclean was a world renowned jazz musician with his own band, so Dad was in good company. The McLeans had a son a little older than me and Keith and I used to sit in on the musical jam sessions, explore the ravine south of our house on Cameron Avenue in North York, overnight “camp out” in the backyard, and “swim” in our tiny wading pool.

My Dad also coached the North York Firefighters baseball team, and Keith was our pitcher. I was too young for the team, but got to see all the games as their bat boy. Keith and I went to school a few years apart together at Cameron Avenue P.S. but when the middle grades came, he was off to the public junior high school.

A few years later my path took me to the local Catholic school and then high school. Mine was in downtown Toronto at “Del” (De La Salle and St. Michaels were the only two Catholic high schools in Toronto in the early 60s – Catholics paid pack then), and I took the TTC every day from Cameron to St. Clair and back. It was a one mile walk from Yonge Street to my home.

One day on the bus ride home, I spotted Mr. McLean sitting at the back of an almost empty bus. I barely noticed the group of rowdy young men standing around him in the aisle. I went back and sat down next to him and we chatted all the way home. The crowd moved away.

On the long walk back he was strangely quiet, but when we passed his house to say goodbye, he took my shoulder gently, smiled and said, “Thank you, Skid.” It was only years later that I realized what he meant.

Meanwhile, I was blending in quite homogenously to my surroundings at De La Salle Collegiate, while Keith was having the opposite experience. In 1963 at Northview Heights Collegiate in North York he was the only black student in a school that had a population of about 1200. Keith and I only saw each other occasionally after that – rumours were that he was being scouted for professional baseball.

The next news I heard was tragic. In May 1974, just after being hired as a manager by IBM, Keith was killed in a car accident near Hamilton. Cy passed away in 1986.

My other friend was a professional colleague, Mr. Courtney Brown. In1997, I was the Chair of Health and Physical Education at Elia MS in North York and while I was the Chair, my teaching partner, Courtney, was the star. He had been heading for Olympic track gold until his coach tried to get him on the steroids circuit with the threat: “Take the drugs or move your starting blocks back a metre.” Courtney quit track and brought his ethics to the classroom. He was a fine teacher and a great coach.

One day after he and I finished a school practice, Courtney said to me, “Skid, have you ever been randomly stopped by the police on the way home?” I was shocked – “No, why?” was my response. Courtney then began to tell me about being stopped at least twice a week, either walking or driving his car, getting asked for ID and questioned about what he was doing and why he was driving such a nice car, having his girlfriend’s morality questionned. It didn’t matter if he was in a suit or wearing his gym sweats, he got grilled by the police. What did matter was that he was black.

That was when I remembered Mr. McLean’s words. That was when, at 50 years of age I truly understood that “white privilege” and “systemic racism” are alive and well in Canada.

For further enrichment, Google: Uncomfortable Conversations with a Black Man. A conversation with Emmanuel Acho about race that many white people have never been able to have.

And read: White Fragility by Robin DiAngelo,  and

How to be an Antiracist by Ibram X. Kendi