… or how computer science algorithms changed the world.

Once upon a time this was our teacher: 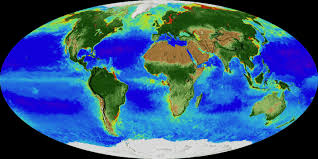 We listened to the stories of Earth and the grand liturgy of the universe for hundreds of thousands of years. And then we, a storytelling species, created mythologies to explain our existence. And slowly our understanding grew and we began to replace mythologies with scientific knowledge.

And then we replaced knowledge with search engine computer algorithms.

Our favourite search engine tells us: “Algorithms are simply instructions for solving a problem or completing a task. Recipes are algorithms, as are math equations. Computer code is algorithmic. The internet runs on algorithms and all online searching is accomplished through them.”

Algorithms in and of themselves are neither good not bad, but in a world tending to more and more search engine tribalism, the outcomes can be disastrous.

Once upon a time, there were rules of engagement, especially among the testosterone fired males of our species. Like in boxing, when two men faced off they engaged the Marquis of Queensbury rules. You didn’t throw sand in a guy’s face and sucker punch him, you didn’t kick your opponent in the testicles, and you certainly didn’t pummel him when he was down. Then came Mixed Martial “Arts” and the rules changed.

In the good old days, when political rivals disagreed, you either pulled a sword or a gun or a vial of poison and did away with that meddlesome priest or opposition leader (some still play by the old rules, eh Vlad?) Today you are more likely to be drowned in a Tsunami of fake news and deep state conspiracy theories and the stupidity of your own, or doctored, inappropriate emails and intimate Facebook photos.

Want to embarrass a rival in the old days? Put it in an Irish ballad, hold a woman’s mending circle, or write a satiric poem or essay. Today? Why you just start a “community” Facebook group or send scurrilous rumours to the New York Post or the Toronto Sun, or almost any corporate for-profit media outlet, and your dirt is digested by millions almost instantly. And those millions then play broken telephone with your illegitimate alternative truths and the dumbing us down spreads … like a virus for which there is no vaccine except the Sixth Extinction.

Locally, Doug Ford no longer needs Ontario Today, his former private propaganda media outlet, because CP24 gives him and his sycophants all the air time they need. The Conservative Party of Canada doesn’t need poison because they get a platform from CBC’s Power and Politics pundits. Well informed, educated, Intelligent, empathetic people used to sit down and discuss issues. Today, “In Search Engines We Trust” as computer algorithms tribalize our thought processes into porridge.

Last night’s Presidential Debate, which was neither presidential nor a debate, and it’s aftermath, was a classic example. One candidate was in full tribal outcry promoting “Red MAGA cap States” over “Blue States” and one candidate quietly trying to make a case for “United States” and an audience jumping from the MUTE button to an AI algorithm from Google to try to find out who won.

The US has pulled out of UN agreements and the World Health Organization. In Canada, the far right Ultra Conservative Party governing Wexit Albertans are talking about leaving the UN and the WHO.

What we have here is failure to unite. Would you rather be poisoned by Putin or tribalized by Trumpists? Always remember that Artificial Intelligence is artificial.