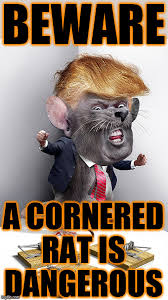 William Barr says no sign of fraud in elections … Trump angry … Barr is gone as AG.

In case anyone missed it, there is a clear pattern here. Yes, cornered rats are dangerous.