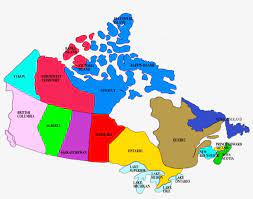 It is now Friday, the morning after the English version of the last two Leader’s Debates in the Canadian federal election. The first, held in French, was on more global topics that ranged from international affairs to cultural identity, and produced no clear winner. However, Mr. O’Toole was on the defensive from the outset for his sly release of the CPC platform funding just hours before the debate.

The final Debate was all coast to coast to coast Canada, covering everything from climate change to affordable housing to Peace and Reconciliation, and there were clear winners and losers. From my perspective, the gold medal went to Annamie Paul. She was articulate, composed, well-informed, and kept the petulant boys firmly in their place. Unfortunately, the GREEN Party infighting earlier in the year guaranteed that she would not win the Prime Minister’s office. The outright loser, sadly for me, was Justin Trudeau.

I confess that my political leanings are centrist with a slight tilt to the left. The Vote Compass survey lets me know each year that I am clearly on the Liberal side of policies, with one toe in the Green and NDP ideologies, and the door clearly shut on the right wing Conservative Party of Canada and far right wing People’s Party of Canada. That being said, Erin O’Toole of the CPC may have walked away with a golden ticket to the Prime Minister’s office.

For an audience not aware of the CPC policies and practices that are in direct opposition to the smooth words that came out of Erin’s mouth last night, Mr. O’Toole appeared cool, reasonable and well-prepared to not answer a single question directly. He also cleverly took every opportunity to raise the irrelevant ghost of Jody Wilson-Raybould every time Mr. Trudeau was questioned about his commitment to indigenous peoples.

Mr. Trudeau, on the other hand, appeared defensive, angry, flustered and did not present at all well during the debate. Most annoying seemed to be the question: “Why did you call an election in the middle of a pandemic?” It was clear by the end of the night that the Prime Minister was asking himself the same question and had no good answer.

The result of which may be a minority Conservative government at best. At worst, it could have handed Navigator O’Toole a majority CPC parliament that will saddle Canada with four years of gun lobbyists, fossil fool projects, tax-breaks for the rich, and a return to colonial rule.

When I was trapped in the Twitter echo chamber I once tweeted that Erin O’Toole would never be Prime Minister of Canada. I take that back. Last night, Justin Trudeau may have just made that possible. I will still be voting for our local Liberal candidate, and still stand with the Liberal centrist policies and a belief in a Just Society. I simply couldn’t vote for the gaslighting Conservative MP we currently have in Dufferin-Caledon, nor support his fork-tongued leader.

So, why will Erin O’Toole possibly be our next Prime Minister? Neither the BQ, the NDP, the GPC, nor the PPC have the numbers to win. Econexus Research shows the NDP are holding steady at 19%, but the GPC at 3% and the BQ at 6% have both lost ground in the polls. However, the PPC have risen to 7%. an increase that shows us how far right the angry mob is marching.

That leaves a toss-up between the Liberals and the CPC tied at 32.5% each. There is a dark underbelly of anger in the country right now that has been fueled by pandemic health concerns, economic pressures, and anti-vaxxer selfishness and stupidity. That resentment, directed undeservedly towards the Liberal Party, burst when the election was called.

Undeservedly because it is important to remember that this Liberal minority government did not start the COVID-19 global pandemic. What they did do was guide Canada safely through the first Four Waves with solid health policies and reasonable economic stimulus. Even today’s job numbers showed us the good news that employment is up. Anyone who is angry at this government for pursuing a mandatory vaccine policy and vaccine passport is a complete COVIDIOT. Anyone angry at this government for spending billions on vaccines, health benefits, and economic assistance to individuals and small businesses should move to Florida or Texas.

Yes, we should not have called an election at this time. We should have quietly surfed the Fourth Wave with our noisy minority government until the waters calmed. Instead, we may have given the reins of power to a party that is only one polite policy notch down from the Republican horde to the south. Oh Canada.

1 thought on “The Last Debate”