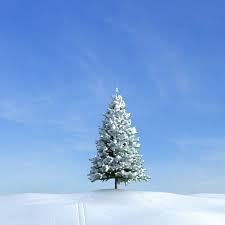 I often get asked why I celebrate the Winter Solstice as a natural sacred day rather than the artificial holyday known as Christmas. I was raised in the cult of Christianity for many years, submerged as an infant, believing all the stories with the innocence of childhood. Gradually life experiences and meticulous research into the birth of religious beliefs pulled the holey wool from my eyes.  I threw off the cloak of liturgical oppression and returned to nature.

To quote Uhtred Ragnarson, “Destiny is all!” In this case, geography is all. What I discovered is that in the beginning, based on where the storytellers evolved, humans created gods. If your clan lived in a temperate climate with four seasons, there tended to be a cycle of birth, growth, death, and rebirth in the god myths. If your clan was in an equatorial community, your god myths tended to a two season mythology of wet and dry.

Early storytelling humans created “god” myths for almost every wonder of nature that we needed to explain. Thunder and lightning, rainbows, fire and ice, flood and drought, the powers of animals, the cycles of plant growth, and the great mysteries of the universe from creation to storytelling humans. Why we went from the spectacular diversity of this sacred pantheon to a single god created by a desert wandering, camel herding, goat breeding tribe from the middle east is probably one of the greatest mysteries of all.

And not just any god, but a spiteful, vengeful, sexist male patriarch who personifies Harvey Weinstein and Donald Trump more than Albert Schweitzer or Herbert Hoover. The kind of god that exercises the horrific power of a King/god’s right to the First Night. That’s where a king gets to take a newly betrothed virgin bride and have his way with her, usually facilitated by a trusted general.

So when Michael visited Mary and told her she had a date with “god” she really didn’t have much of a choice. And Joseph had to suck it up, later arrange a trip to the stables, and accept a life raising the god’s bastard child. Mary’s only comment was to look skyward and say, “You did this to me!” The first #MeToo act of defiance. The “king” ordered the scribes to remove that incident from his tribe’s version of middle eastern history in those great anthologies known as the Tanakh and the New Testament.

What madness possessed us to allow Baal and Astarte to be replaced by celibate priests and cloistered virgins? The answer is simple. Party pooping, power hungry,  anally retentive, far right, ultra orthodox male conservatives and their zealous female acolytes!

That’s a long way of explaining why I went back to Earth’s natural cycles as my unwavering sacred days. Today, December 21, 2021, as the sun begins to set at 4:30 I will light the sacred solstice fire and keep it burning until sunrise and the return of The Sun King for a New Year. There will be a pot of wassail on the fire, and Loreena McKennitt in my ear, and like minded friends sharing stories about Dagda and Danu and the Great Mystery That Loves Life.

Wishing a Wonderful Winter Solstice (and a Merry Christmas to all) until the next sacred day, The Vernal Equinox, brings balance back to the universe. That’s my story.

And that’s the way I see it.