BREAKING NEWS – The CRTC has just awarded the first in a series of medals to the winners of the Robocall scandal. There are three participants involved – the Right Wing (composed of the Conservative Party of Canada, the Wildrose Party of Alberta, the Progressive Conservative Party of Ontario, all associated MPs and MPPs, and RackNine Robocall Services), the Centre (composed of one MP from the federal Liberal Party of Canada), and the Left Wing (composed of the federal New Democratic Party). The current standings are as follows:

The fine totals are subject to change pending further investigations and charges by the CRTC. Medals will be awarded by Pierre Poutine in a quiet ceremony during the summer parliamentary recess; unfortunately, like the Senate audit process, the event will not be open to the public. 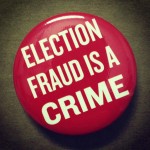 Further medals will be awarded following the 2015 federal election, where a complete reversal of the standings is anticipated. However, all parties will have to be "call" tested prior to the awarding of the final medals. Experts have concluded that "using Robocalls during an election is like using performance enhancing drugs during the Olympics – if you are caught, you are stripped of your medals and banned until you prove you are really, really sorry."  Stay tuned.

1 thought on “The Robo-Fine Olympics”