What you are about to read is not a fairy tale or a love story. I am a cynical optimist, and I will not lie to our children. It is time to stop telling them that our environmental efforts are going to, as one local eco-organization states, “reverse Global Warming for a brighter world for our kids.” 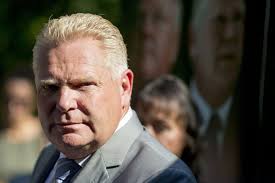 The premier is not worried. The fuel for his new pimped-up SUV, dubbed “Car Farce One”, is taxpayer subsidized. But Dirty Doug is really only an extreme example of our failure to deal with a planet under stress. The real issue is our inability to understand the scope of the issues and to address them realistically.

First, we are dealing with accelerating climate change, of which global warming is only one component. Secondly, nothing we as humans can do now will reverse accelerating climate change. If we had seriously wanted to do that, we should have started decades ago when the World Meteorological Association announced in 1988: “Humanity is conducting an unintended, uncontrolled, globally pervasive experiment, whose ultimate consequences are second only to global nuclear war.”

The most we can do now is mitigate the impacts of that experiment.

The total sum of our environmental efforts right now will be to set a good example for surviving future generations, to leave a legacy that at least we tried to be intelligent beings on Earth. In the cosmic scale of things, the tiny flicker of time that is our human existence means nothing to the planet. Earth has gone through global cycles of freeze and thaw for millennia before humans appeared. The only difference now is that we did this one to ourselves.

This current state of climate change has not been caused by meteoric impact or volcanic eruption, but by one species consumption of stored solar energy from fossilized plants. A species whose population soared from 7 million to 7 billion in the blink of a cosmic eye – in my lifetime alone from 1946, the world’s population of humans has almost quadrupled. We are a species whose consumptive habits may have bankrupted the resources of life for future generations of all living things. Then again, Earth has kicked back from previous pre-human Extinction Events. The planet will correct our abuses all on its own.

We need to stop telling our children that it’s going to get better. Thanks to the Internet they know we are lying. It’s not going to get better if we continue consuming like 1%er trophy hunters. Start teaching them how to live elegantly with less. All the Prius drivers in the world won’t reverse global warming but at least we’ll look honourable trying. The planet will go into the next cooling phase regardless of our meagre efforts. In the interim, the goals of teaching our children to seek a brighter future should be about living happily in a caring conserver society in whatever time we have left. Period.