WARNING: This editorial is long, but worth the read before the next federal election. 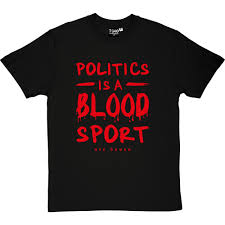 Politics has been a blood sport since its inception, most notably captured in the phrase, “Et tu, Brute?” Yep, Julius didn’t see the dagger in the hand of his buddy Brutus and suddenly lost a lot more than his power.

In Canada, we have many examples in recent history. The long knives were out for leaders Kim Campbell, Stephane Dion, and Thomas Mulcair when the party “insiders” decided it was time for a leadership change.

In Ontario over the past two years we have seen the chaos that ensued when the provincial Progressive Conservative Party pulled the rug out from under its elected leader, Patrick Brown, went through a farce of a leadership convention with accusations of impropriety on all sides, and finally anointed a new “leader” who had won neither the popular vote from convention candidates, nor the majority of votes.

Locally, the Conservative chaos continued the past month at the federal level with the nomination process to replace long standing MP David Tilson in the riding of Dufferin-Caledon. Ever since Liberal Murray Calder lost the seat to Tilson in 2004, this district has been in Conservative hands.

In 2004 our former electoral districts of Dufferin-Peel-Wellington-Grey were rearranged as Dufferin-Caledon. Tilson had been the Conservative provincial representative for Dufferin-Peel under Mike Harris. When it became apparent that the Ontario populace had turned their backs on Harris, he retired to take a victory tour of Europe. The Conservatives selected Ernie Eves as their new leader. Eves had no elected seat in parliament. Tilson gave up his provincial seat for Mr. Eves so that he could slide into parliament as Ontario’s new Premier. Tilson switched from provincial to federal politics. A confused electorate voted, and Tilson won his seat in federal politics.

Back to the future and the confusion now rocking the federal Conservative nomination process in Dufferin-Caledon. On a local level, this is bigger than SNC Lavalin. Consider that if a provincial party, established in 1854 or a federal party established in 1867 can’t have an honest and transparent candidate selection process, they shouldn’t be given the reins of power. Here’s how it should work.

Now, in order to win a nomination, candidates encourage their supporters to sign up as party members. All candidates for all parties do this. The more supporters you have at a nomination convention, the greater your likelihood of winning. For the Conservative Party of Canada, a $15 entry fee gets you in the door, provided you meet the following criteria:

“In order to join a political party, there are certain requirements to join:

On March 15, 2019, Harzadan Singh Khattra, buoyed by an enthusiastic crowd of his community supporters, won an easy victory. It was immediately appealed by the third place finisher, Barb Shaughnessy, apparently out of fear that his nomination would lead to a Liberal victory in Dufferin-Caledon. She did not give any reasons for those fears. When she lost the local riding association appeal, she sent it to the National Council. On April 25, 2019, the removal of Mr. Khattra as the victor was announced by the NCSC and confirmed by the National Council.

Now normally, the second place finisher from March 15, Mr. Kevin Weatherbee, would be declared the candidate. However, remember that politics is a blood sport. Sounding a lot like a squeaky wheel desperately trying to get some grease, third place finisher Shaughnessy quickly declared that she felt she would have the majority of support.

At the same time, she began to circulate email rumours that Jennifer Innis, the local party President, would be jumping ship from her municipal position as Regional Councillor to enter federal politics. In response, Ms. Innis clearly stated that she had made a commitment to remain in municipal politics for this term. Known to be a respectful and ethical local politician, Innis made it absolutely clear that the Shaughnessy rumours were “categorically false.”

Now the party is left with few choices: either the second place finisher wins, or there will be a new nomination process. Or, as happens when time is short and there is a candidate controversy, the Party Leader can bypass democracy and anoint whoever he or she considers to be a winner for that riding.

Dear Conservatives, you’ve had over one hundred and sixty years to practice. Try to get it right this time.

3 thoughts on “Something is Rotten in Dufferin-Caledon”