Irony, by common definition, is the expression of one’s meaning by using language that normally signifies the opposite, typically for humorous or emphatic effect. As students of English Literature, we learned that dramatic irony occurs when the reader knows what is going on, but the characters in the poem, novel, play do not.

Political irony is a little different. It occurs when politicians say or print or graphic something that is the total opposite of who they are and/or what they do or have done. The effect is not humourous but it does tend to emphatically highlight their hypocrisy.

Two examples will suffice to illustrate this concept clearly. The WE Charity controversy that dominated the media for much of 2020 was created by the Conservative and NDP parties for the sole purpose of tarnishing Justin Trudeau and the Liberal Party of Canada. Although all of the spurious accusations against the government and its leader were found to be groundless by the the federal Ethics watchdog, the WE Charity was destroyed.

This was an international development charity and youth empowerment movement founded in 1995 by human rights advocates Marc and Craig Kielburger. They started it on a dream when they were teenagers, and it brought inspiration, opportunity and global success to youth around the world for over 25 years. In the summer of the pandemic when students desperately needed employment, the Conservative led attack against WE crushed the dream and their program to provide projects and grants to post-secondary students across Canada. 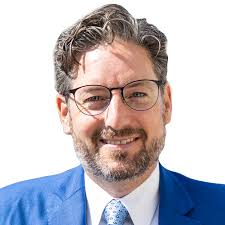 Less than a month after the dust had settled on the WE controversy, we received a full colour brochure in the mail from our local Conservative Party of Canada MP, Kyle Seeback. It had his smiling face on the front cover beside the banner headline “Opportunities for Youth” … too little, too late Kyle.  That’s political irony and hypocrisy in action.

The second example is closer to home. On November 26, 2020, Caledon Regional Councillor Annette Groves voted against her own Town of Caledon at the Region of Peel. The subject of the vote was a motion to reduce Caledon’s Regional Councillors by 2 and add 2 seats to Brampton’s delegation. Her colleagues in Caledon were totally blindsided. At a time when Caledon’s population is expected to grow exponentially over the next ten years, losing representation at the Region made absolutely no sense at all.

At a Special Session of Council streamed live on November 30th, Ms. Grove’s actions and the passing of the motion were widely condemned by citizen delegations and Councillors alike. The next day in our Canada Post mailbox, I received a full colour three-page fold out brochure. There on the front page was Ms. Grove’s smiling face beside the banner headline, “Dear Friends and Neighbours.” That’s political irony and hypocrisy at its finest.

With friends like these, we don’t need enemies. But we may need a lesson in media literacy to remind us that all that glitters is not gold. Those happy smiling faces and weasel word headlines are designed to lure us into the lie. Remember carefully the words of warning in Shakespeare’s Romeo and Juliet:

Yes, when political irony is in play, put on your sunglasses, look past the glitter, and pray we don’t get fooled again.