Before we begin this cautionary tale, remember the name MJJJ Developments. 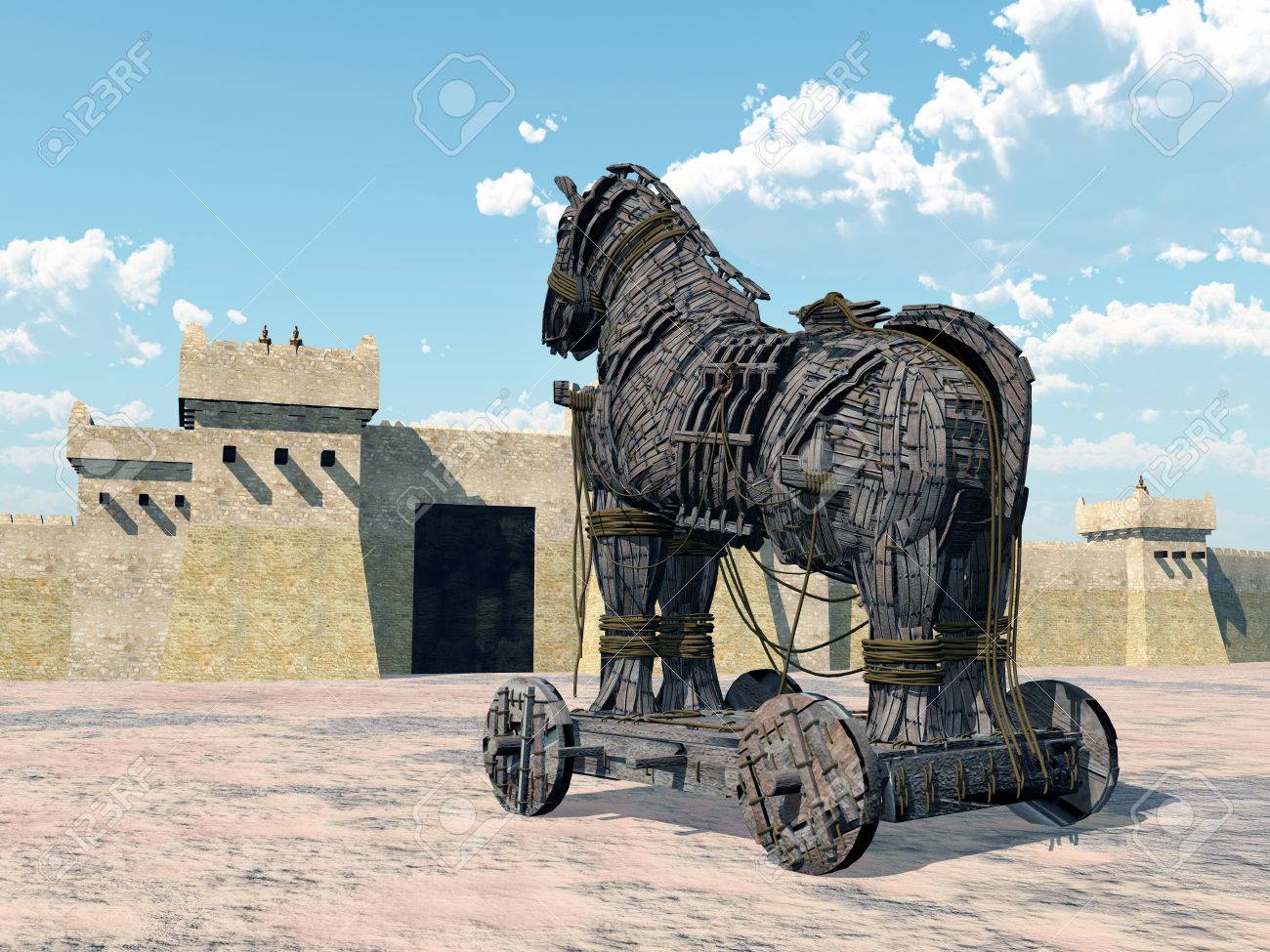 There are very few people who are not aware of the famous story of the Trojan Horse. It harkens back to the days of Greek legends when their army was attacking Troy but seemed unable to breach the walls of the great city. One morning the Trojans woke up to see that the Greek army and ships had disappeared, but standing outside the gates of the city was a magnificent huge wooden horse.

The Trojans thought that this was a tribute to Troy and they dragged the great horse through the gates into the city centre. Victory celebrations ensued with much drinking and carousing until the victorious Trojans eventually passed out for the night. Little did they know that in the hollow belly of the horse a group of Greek soldiers were hiding. Under cover of darkness, they climbed out, opened the city gates for the returning Greek army, and sacked the city of Troy. Thus was born the expression, ”Beware of Greeks bearing gifts.”

Legend has it that the surviving Trojans fled to Italy carrying their mythology with them and became the foundation of the Roman Empire. That was then. But the hard lesson learned by the Trojans still holds true today.

Here’s a modern version. Imagine that a local company wants to build an asphalt processing plant in the prestige industrial area of your town. The problem is that the Town Council and the citizens of the Town and the other businesses in the prestige industrial area are opposed to the idea of petrochemical pollution fouling the air of their community and endangering their health. So the clever company enlists the help of a local community “leader” to help drag a Trojan Horse into the Town. It is disguised as a bocce centre, a “gift” to the Town, for which the Town will pay thousands of dollars in perpetuity for the upkeep of the “gift.” The “leader” who brought the “gift” into Town repeatedly acclaims the health and recreation benefits this “gift” will bring to a minuscule portion of the town’s population.

However, hidden inside the belly of the Trojan horse bocce centre is an asphalt processing plant. And last week the belly of the beast opened up with the approval of the Ontario Land Tribunal. That interim approval did not come easily. Someone must have facilitated a lot of coaching in 2018 and 2019 to help the company navigate the environmental requirements of the Ministry of Environment, Conservation and Parks. That coaching paved the way for the company’s successful appeal to the Ontario Land Tribunal. The asphalt processing plant will now be built and the town will be sacked with petrochemical pollution for generations to come. Not just a tiny portion of the town’s population. Everyone.

Remember that name MJJJ Developments? That’s the company whose lawyers successfully argued against the wishes of the Town and its citizens and its businesses. You can read part of the story in the October 13, 2022 edition of the Caledon Citizen. I am always intrigued when a company slides its brand name under layers. Maybe I’ve been watching too much Ozark. In this case, MJJJ Developments is Dig-Con International Ltd is DiGregorio International Paving & Construction Ltd.

On a more positive Note: “Boccia Canada is the boccia delivery arm of the Canadian Cerebral Palsy Sports Association focused on providing athletes and individuals of all ages with the chance to play a unique Paralympic sport.

Boccia Canada is committed to supporting boccia athletes, coaches, partners and volunteers to achieve their potential. We strive to offer opportunities for individuals to participate at all levels and encourage people to get involved in boccia in any way possible.”