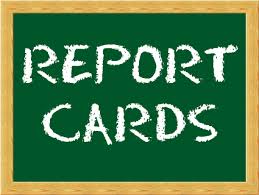 I recently attended the Inaugural of the new Council for the Town of Caledon and that report can be found in Just Sayin’ Caledon. Words of truth and reconciliation were spoken from the stage and the atmosphere as the event concluded was rather warm and fuzzy. As I was gathering up my gear from the media table where I had been taking notes throughout the event, a person approached me and asked, “Are you a reporter?” Context should have provided a clue, but I answered, “Yes.”

“Then why didn’t you do an article on our report card?” he demanded. It took a moment to register, but then I noticed that this person had emerged from the quadrant of the reception hall that held an enthusiastic crowd of supporters of one of the new Council members. “Don’t you like Kathleen Wilson?” he asked me.

“I don’t like most third party advertising,” I responded.

“But The Pointer has a report,” he declared.  “The Brampton Pointer?” I burst out laughing.

At that point, a very burly well dressed man from the same crowd accompanying a tall blonde woman out of the hall told me to “F*ck off.” “Well, so much for peace and understanding,” I responded. He then threw me the middle finger over his shoulder – not once, but twice.

And that was all the proof I needed as to the mindset and bias that permeated the “Caledon Council Report Card” and its creators.

First, let’s be clear on one thing. The “Caledon Council Report Card” produced by the third party advertiser “A Better Caledon” is NOT A REPORT CARD. I  am an educator. I wrote report cards for thirty years. The purpose of a report card is to describe the level of achievement, life skills and social emotional growth that a student has shown over the course of an school year. Grading is based on a teacher’s evaluation of a student’s performance.

It can include comparison of a student’s achievement level with a class average, but one student can NEVER be compared to another single student. To do so is an insidious corruption of the evaluation process. You compare students not against each other arbitrarily, but you compare their performances against standards.

This “report card” had no standards. A political report card should have the same level of professionalism as a school report card. It must describe the level of achievement, life skills and social emotional growth that an elected representative has shown over the course of a political term. Grading is based on citizens’ evaluation of a politician’s performance. The standards for politicians are contained in their Declaration of Office Oath and the Code of Conduct.

In a political campaign, third party advertisers have one job: to build up their candidate at the expense of all opposition. The goal is to make their candidate look like a silk purse and all other candidates look like a sow’s ear. Period. They are not impartial; they are totally biased, and their “facts” present a myopic précis of the whole story – sort of like six blind men and the elephant.

The very fact the “Report Card” was trumpeted in a pointless Brampton publication is proof enough of its insignificance as a valid report card. It’s kind of like getting your picture on the front page of The National Enquirer along with an article on alien babies. Absolutely pure, accurate, peer reviewed investigative journalism, eh?

Now, was the “report card” effective? Did it sway voters to believe in their highly selective set of facts? Did it “help sway an election” as headlined in a Brampton tabloid? Absolutely! But was it an unbiased, impartial report card reflecting on the true performance of our political candidates over their years of service to the Town of Caledon. Absolutely NOT.

So, strange little person who wanted a review of your partisan propaganda, here it is. Be careful for what you wish. Your “report card” gets a failing grade. The way I see it.