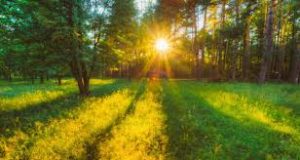 Shab-e Yalda from Persia, Dong Zhi from China, Saturnalia from the Roman Empire, Toji from Japan, Yule from Scandinavia, along with the Anasazi’s Shalako from the Zuni and Soyal from the Hopi all have one thing in common. These sacred events all mark the shortest day of the year in the northern hemisphere and the beginning of a New Year. South of the equator where their winter falls in June, the shortest day of the year was celebrated as Inti Raymi by the Inca in Peru. These sacred days are  embedded in our reptilian brain stems and preserved in the collective consciousness of humankind.

These festivals all mark the seasonal tilt of Earth towards and away from the sun bringing the end to one season and the beginning of another. These are not to be confused with the artificial religious holidays that replaced them when the cult of Judeo-Christianity swept across the Roman Empire in 300 BCE, courtesy of Emperor Constantine’s mother. Nor should they be confused with culturally created holidays like the recent addition of Kwanzaa to the Winter Solstice wannabe list.

The scientific tilt of Earth does not care if you are black, brown, white, yellow, red, green or blue; it does not care if you are from the North, South, East or West. Every octant of Earth in this epoch is guaranteed the same regular passage of the sun’s energy over its lands and waters. It is the human storytellers who imbue these seasonal changes with ritual and myth.

All of the sacred days mentioned in the introduction have one thing in common. They all mark the solar journey from Shortest Day and Longest Night into a New Year. They are not dependent for their existence on the dedication of a temple or the birth of a godson or cultural neediness. Hanukkah, Christmas and Kwanzaa are to the Winter Solstice what The Church of Latter Day Saints of Jesus Christ is to Christianity. Bridesmaids who came late to the party all acting like they are the bride.

Still, even if you are late to the party, you can have a lot of fun – tell stories, sing songs, dance, drink and feast. There are a thousand different ways to celebrate our origins born of Fire, Earth, Water, and Air as we honour The Great Mystery That Loves Life. The arts mythologize what science knows. It’s in our nature. Happy New Year!