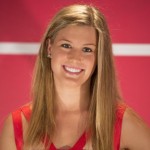 There in the deep dry  heat of Australia, 19 year old Eugenie Bouchard made Canada proud, becoming only the 2nd Canadian tennis player to make it to a Grand Slam semi-final. With personality, poise, professionalism, and skill, she won the hearts of "Genie's Army" and Canadian fans alike. 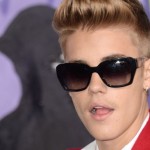 On the other hand, in the humid wet heat of Miami, 19 year old Justin Beiber made the Ford List of Most Stupid Canadians by driving drunk, high, and prescriptioned, street racing and speeding twice the limit in a residential neighbourhood, driving with an expired licence,  and resisting arrest.  With arrogance, entitlement, ignorance and irresponsibility, he lost the hearts of "Beilibers" and Canadian fans alike.

For every Justin Beiber or Rob Ford, there is a Eugenie Bouchard or Naheed Nenshi to balance the forces of dark and light.