As my dear old Dad used to say, “When you make a mistake, own up to it and make amends.”

So to the reader who was having difficulty understanding the nuances of defamation, I apologize.  I incorrectly explained that if it was spoken it was defamation and if it was in print, it was libel. I was wrong and I promptly admit it.

If it is spoken it is SLANDER and if it is in print it is LIBEL and both are DEFAMATION. However, if one is considered a “public figure” like an elected official, or a political candidate, or a citizen who leads a lobby group or an aggregate pit protest or a save the salamander campaign, it is open season. They are considered to have placed themselves in a prominent position and are ripe for public ridicule. 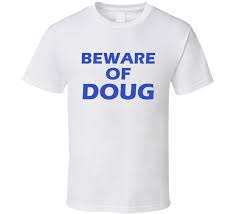 hat is why comedians can have so much fun with Donald Trump.  This also means, dear citizens, you can go to town on any candidates running for the upcoming provincial and municipal elections. You can tease their high profile apologists and lobbyists with your wit. Why, you can even put it into poetry if you like. It is still a good idea to make sure that whatever you say is true because that really keeps you in the clear.

To summarize, defamation of character can be either oral slander or written libel, public figures excepted. If you’re out there in public charging at dragons, get ready for a little fire. If you’re Donald Trump, expect a little Stormy weather.