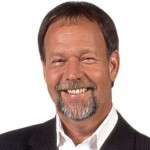 In his novel 1984, George Orwell paints a portrait of a nightmarish future where rights that we now take for granted – the freedom of assembly, speech and to trial – have all been suspended. Acceptance of this totalitarian state is justified by the interests of stability and order, and by the needs a perpetual war. But what makes 1984 endure where other dystopian novels have been forgotten is that Orwell removed one more right that is even more unimaginable in a modern context – the right to think. END_OF_DOCUMENT_TOKEN_TO_BE_REPLACED

Last night I took my family to the Canadian Stage presentation of "Proud", Michael Healey's humourously dramatic look at the goings on in the PMO after the 2011 federal elections. In this "fictional" work, Harper has scored an overwhelming majority, sweeping all the Quebec seats that went to the NDP in the real election, and turning the House of Commons into the Blue Room.

What intrigued me about the play initially, other than I hoped it would skewer Harper on a satiric sword, was the fact that the Tarragon Theatre had dropped the production in the spring under fear that the Conservative government would withdraw funding from any group that staged a play of which the government might disapprove.

Thanks to some summer protest readings of the original sceenplay by various artists, and the courage of the Canadian Stage company, the play is proudly running at the Berkely Street Theatre in Toronto until the end of this week, but hurry – our performance last night was a sold-out packed house. And I thoroughly enjoyed the play except for one detail noted by my teenage son. END_OF_DOCUMENT_TOKEN_TO_BE_REPLACED