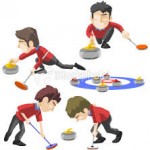 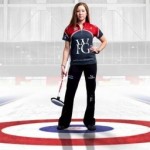 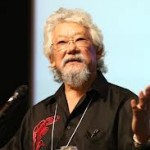 "I couldn't care less!" Those were the defining and defiant words from the mouth of Prime Minister Steven Harper at the opening of the Conservative Party of Canada convention. There was no apology for the confusion, corruption, or cost of the scandal enveloping the Prime Minister's Office and the Senate. There was no acceptance of responsibility for the appointment of, previous praise of, and current condemnation of his three now disgraced Senators. There was not a single clear answer or explanation to any of the direct questions that had been asked in the House of Commons by the representatives of a majority of the Canadian people.

"I couldn't care less," was the response to months of confusion, prorogation, and channel changing in parliament. This current scandal has been as much about the need of an incredulous public to have an honest explanation from the Prime Minister as it has been about the accusations surrounding Senators Duffy, Wallin, and Brazeau. How is it that expenses checked and approved by the Prime Minister for Senator Wallin suddenly become worthy of an RCMP fraud charge? How is it that Senator Duffy, the PM's star crowd pleaser from the last election campaign, suddenly gets the bums rush from the Conservative Caucus and the Senate? How is it that Nigel Wright, praised by the Prime Mnister for his honesty and humanity, suddenly becomes the devil of deception?

The truth, Canada, is that there is no Captain at the helm of our ship. We have a delusional, micromanaging megalomaniac at the wheel and the ship is off course. To every question begging a responsible answer, comes the current battle cry, "Jobs, Prosperity, Growth. and the Economy, stupid, the Economy." And the party faithful rise and cheer and wave their thundersticks.

A Eurpoean Union Free-Trade deal, still to be approved by the Provinces and every separate member nation of the European Union, will not be enough to mask the stench emanating from the Prime Minister's Office. You should care a whole lot more about what the majority of Canadians think, Mr. Prime Minister. The majority of Canadians are singing along with This Hour Has 22 Minutes, and their brilliant parody song, "Tories' by Borde – check it out on YouTube – the only thing we can do right now is laugh. Until we get an honest answer.