Fact: Since the Covid-19 Pandemic began, 70,000 Canadians have died from COVID-19 and the unvaccinated now account for over 80% of new infections. 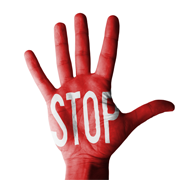 The Bolton Protest of August 27, 2021 continues to make the news as the federal election campaign criss-crosses Canada. The obscene, angry, anti-vaxxers, anti-maskers, pro-vapers, pro-smokers. pro-gun, pro-oil pipeline protesters, pro freedom to be selfish continued to disrupt almost every campaign stop made by the Prime Minister of Canada. And yesterday, September 6/21 in London Ontario, a gravel throwing goon assaulted the Prime Minister as he got on his campaign bus.

The protesters appear now to be a well-organized, almost professional, group, attracting local “antis” to join the core team who track and plague the Prime Minister’s public stops with the feeding frenzy of muskeg mosquitoes. It’s not clear if they are funded by tobacco and vaping corporations, the gun lobby, oil and gas interests, and right wing political parties and their individual donors and supporters – that’s a paper trail easy to obscure. But the regular appearances of the core group, the quality of their large “F*ck Trudeau” banners and posters, and the provincial and national co-ordination of their protests indicates a well-oiled machine.

BBC World News noted that political leaders around the world have have been harassed by protesters complaining about the pandemic lockdowns and vaccine restrictions. However, “journalists covering the Liberal campaign say the anti-vaccine protest mobs following Mr Trudeau are more chaotic and sustained than they’ve seen in the past.”

Unlike in the United States where the anti-vaxxer, Ayn Rand devotee, Covidiot Trumpists are almost entirely Republican and the mask wearers almost all Democrats, there is no such 50/50 split in Canada. Phillippe J. Fournier wrote in Maclean’s magazine on June 4, 2021 that in Canada, the anti-vaxxer crowd does not tend to split down political lines as clearly as in the U.S.A. Here the extreme fringes of both the left and the right tend to attract the anti-vaxxer mentality; however, “figures nonetheless suggest that a significant proportion of anti-vaccine voters do lean towards parties on the right of the political spectrum,” primarily the Peoples Party of Canada and the Conservative Party of Canada.

Also of note is that neither the leaders of the CPC, Erin O’Toole, or the PPC, Maxime Bernier, have not endorsed mandatory vaccinations or a national vaccine passport. Conservative O’Toole has gone so far as to endorse personal choice in getting vaccinated, speaks out of both sides of his mouth about automatic assault weapon gun rights, and wants to rebuild oil pipelines that both Canada and the US have already vetoed. This attitude is icing on the cake for the mentality that joins in the types of protests that are now plaguing our democracy and Prime Minister on a regular basis.

If one were stereotyping these protesters, it would be no major leap to say they also listen to Talk Radio 1010, read the Sun, think Ezra Levant of Rebel News is an insightful journalist, and will almost certainly not be voting Liberal or Green or NDP in the upcoming election.

That leaves the usual suspects. Name and shame them and keep them far from your homes and your families. 70,000 Canadians have died thus far from COVID-19 and the unvaccinated now account for over 80% of new infections. A democracy only works if it has a well-educated and well informed core of citizens. Handing the reins of power to the lunatic fringe of these protesters is a really, really bad idea.