Following Julie Payette’s resignation, the “non-partisan” CBC had hosts, pundits and Opposition Party guests heap scorn on Justin Trudeau’s initial ad hoc selection of her as Governor General. In print media, Fraser, Fife, et al. went all Opinion Piece proselytizing on how none of this would have happened under Harper.

Conservative leader Erin O’Toole intoned:  “Considering the problems with his last appointment … the Prime Minister should consult opposition parties.” The NDP’s Jagmeet Singh bemoaned the Liberal’s lack of good judgement: “This is all sad, but it’s so Justin Trudeau’s style,” he said. “He thinks that he knows better than anybody else, than the special committee created by the Conservatives. But we were right at that time. We made the right decision, he did the wrong decision and unfortunately, today we paid a price for this mess.”

Hindsight is a wonderful gift, Mr. Singh, but so is history. Back in 2017 when Julie Payette was nominated to the position of Governor General by Justin Trudeau, then NDP leader Thomas Mulcair announced: “On behalf of the New Democratic Party and Canadians across this country, I applaud the appointment of Julie Payette as the next Governor General of Canada. Ms. Payette is a superb choice as she embodies some of the very best qualities of Canada.” Nothing but the best for the NDP, Jagmeet,

Similarly, then Conservative leader Andrew Scheer proclaimed, “As a scientist, a former chief astronaut for the (Canadian Space Agency), and a leading advocate for Canadian ingenuity around the world, Ms. Payette will be well-suited to play a leadership role in Canada as the next Governor General,”  adding that his party has full confidence in her.

The Canadian Space Agency declared: “Ms. Payette has served the Canadian Space Agency and her country exceptionally well, both on the ground and in space for over two decades. Throughout her career as an astronaut, she was a tireless ambassador for science and technology. Ms. Payette visited schools across the country, encouraging young Canadians to view science as a means to contribute to society and to our planet. As a lifelong defender of the arts, she will be in a unique position to communicate her passion for music and science to the next generation of Canadians.” 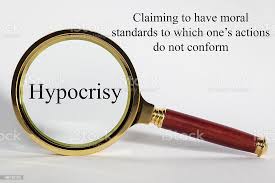 Well, well, well. Turns out that at the time the Conservative and NDP Opposition Parties gave their full confidence for Trudeau’s superb choice of Julie Payette as Canada’s Governor General with nary a whisper of the need to invoke the Harper regime’s Advisory Committee on Vice-Regal Appointments to assist the  Liberal minority government in its selection process.

O’Toole and Singh have clearly established themselves as opportunistic hypocrites. Perhaps a Liberal appointed non-partisan Committee for the Opposition Party Leadership Appointments would create a more robust selection process for the future. You know, to ensure that we have full confidence in the superb choices made for future NDP and Conservative leaders. The current batch have been weighed, have been measured, and have been found wanting.