I took a solo voyage of rediscovery this past week. No one else in the family was able to go canoeing, so I loaded my beloved "Chester" on the car, packed my gear, and was on the road. I bought my cedar-strip canoe in 1979 from Omer Stringer, legendary Algonquin Park guide, the same year that the Chestnut factory in Fredericton closed its doors. Omer found three of their canoes stored in a barn in Peterborough and called me: "I have found the perfect hull design for you – this is a beautiful canoe." And it was true. Omer is paddling cosmic rivers now, but Chester lives on, newly restored by Marc Russell, a former canoe student of mine running the Gull Lake Boat Works in Toronto.

I love canoe tripping, and I especially love canoe tripping solo. This little journey was going to be balm for my soul, and I had the perfect destination – a scenic campsite off the Gibson River canoe route. My students and I had camped there every year through their junior high to secondary school graduation. My trip across the lake was idyllic – brilliant sunshine, enough of a wind to make life interesting, and a loon who surfaced off my bow and gave me the wing flap salute in what I am sure was a welcome back gesture.

The campsite was as beautful as ever from a distance – still sacred in my memory. It was on pine swept point that opened up on to a channel of the lake on one side and a series of pools with water cascading down from the big chute far upstream. But as I inspected the site to set up camp I was horrified at the desecration that had taken place over the thirty years since I had last been there. The entire ground area, once walkable in bare feet, was covered in broken glass, plastic water bottle tops and bread bag closures, and bits and pieces of broken gear.

The campfire circle that we always kept small had expanded into a Viking funeral pyre and the entire area was littered with glass, can lids, partly burned food and half burned logs big enough to build a cabin. Someone had put an old rectangular metal stove beside the firepit alongside the remants of less durable stoves, BBQs and cooking grates – a kind of graveyard to bad wilderness cooking. The old stove itself was filled with empty beer and liquor bottles.

The most disturbing discovery was the amount of cigarette butts covering every inch of the campsites and trail systems, along with toilet paper clumps every few feet along the trails behind the tenting area. That, and the fact that every tree had been stripped of its branches as far as the arm could reach. 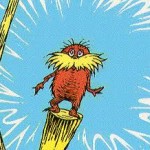 Ironically, high in a tree partly covered by vegetation, was a sign posted by the Ministry of Natural Resources for the Government of Ontario proudly stating: "This Area is a Conservation Reserve – low impact, no-trace camping only". Not only could you barely see the sign, but the detailed print was so small it would have been missed by the most ethical of campers, let alone the ignorant humans who had nearly destroyed the site.

I spent the rest of that day and the next morning cleaning up – when I left in the afternoon, it was as clean as I could get it – I loaded three full, large heavy duty garbage bags into Chester and we paddled back home. I let the ranger at the Provincial Park entrance know about the situation and she promised a year-end sweep of the area. I'm going back in the fall to check it out and post a new sign, something from a teaching my father left me: "Son, always leave your campsite cleaner than you found it." 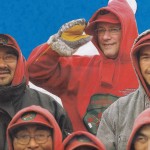 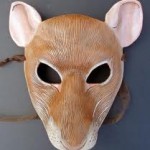 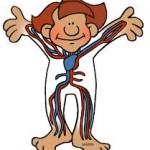 Pipelines, dear Canada, are not the problem. And the new leader of the Liberal Party of Canada has a solution. Think of pipelines as the circulatory system of the body. If fresh, energized, oxygenated blood is carried to the cells, and stale greenhouse gas blood is carried to the lungs, all is well. If there's a little infection, the white blood cell paramedics go to work; if there's a small leak, the platelet coagulators plug the flow. If the infection or the leak are really big, you need a bigger emergency response team. Or you die.

The problem, our new leader of the third party has deduced, is not the pipeline, but what it carries. Obviously, the more dangerous the contents the higher the level of due diligence. You never hear anyone complain about water pipelines, but if a sewage pipeline bursts in the basement of your Idomo warehouse, well, issue a Papal bull to stop the desecration!

That is why Our Conservative Prime Sinister has decreed that all pipelines in Canada must be constructed to the highest standards, using the best materials, with top technicians on world class salaries doing the installation. Further, he has ensured that all companies have fully financed emergency response teams in place, and pre-loaded compensation insurance plans to deal with any disasters. He did this because he wants to ship tar, not water, across our nation, leaving a bitumen taste in many Canadian mouths.

Enter Captain Charisma with a plan to legalize marijuana. How to ship all that hemp from coast to coast? Why by converting all of the oil and gas pipelines into the great Canadian Cannabis Conduit. 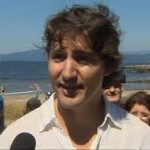 He'll just place a fan on the Pacific Coast and blow dry that BC Gold all the way to Halifax (Newfoundland doesn't need THC, they have icebergs). If there's a leak, no one will care. Communities will gather around the spill site with their guitars, light a bonfire and sing sixties songs. Health care costs for fibromyalgia, glaucoma, and post traumatic stress disorder will plummet. The elderly will forget about the reductions in their OAS, and the mood of the entire nation will be altered to one of peace, love, and groovy.

For now, the veins of our body politic remain filled with fossil fuels. But just wait til the next election, man, and pipelines will be cool.

The recent by-election results in Ontario could be very bad news for the righties in Toronto. Toronto Council will be losing the reasonably competent Doug Holyday and Rob Ford will be losing a key ally. Provincially, Holyday's voice will unfortunately be neutered as an Opposition MPP, and locally a Ford-unfriendly Council could bypass an election and appoint a burr under the cheeks of Doug and Rob.

For Tim Hudak the news is even worse. Holyday's bragging rights were short lived – when the dust settled, the Liberals had taken 2 out of 3 close races. In his own riding of Etobicoke, fully supported by Ford Nation and the endorsement of Mike Harris, Holyday only led by 4%. In Scarborough the Liberals won by 5% and even in gas plant McGuinty's old riding the Liberals managed to hold on to a 3% lead. In London, the NDP swept away the Conservatives with 10% and thoroughly punished the Liberals in Windsor with an astonishing 40% margin of victory.

Ontario will see a minority government run by Kathleen Wynne and Andrea Horwath, and Tim Hudak will see the back of the door at the next Conservative leadership convention. They won't need riot police this time because no one cares. Until Ontario conservatives find another leader of the caliber of a progressive Bill Davis, the taste of Ipperwash, Walkerton, the destruction of the best education system in the world, downloading, amalgamations, and partisan fascism will remain bitter in our mouths.

Enjoy it while you can Tim, but I fear that Holyday was your goodbye present.